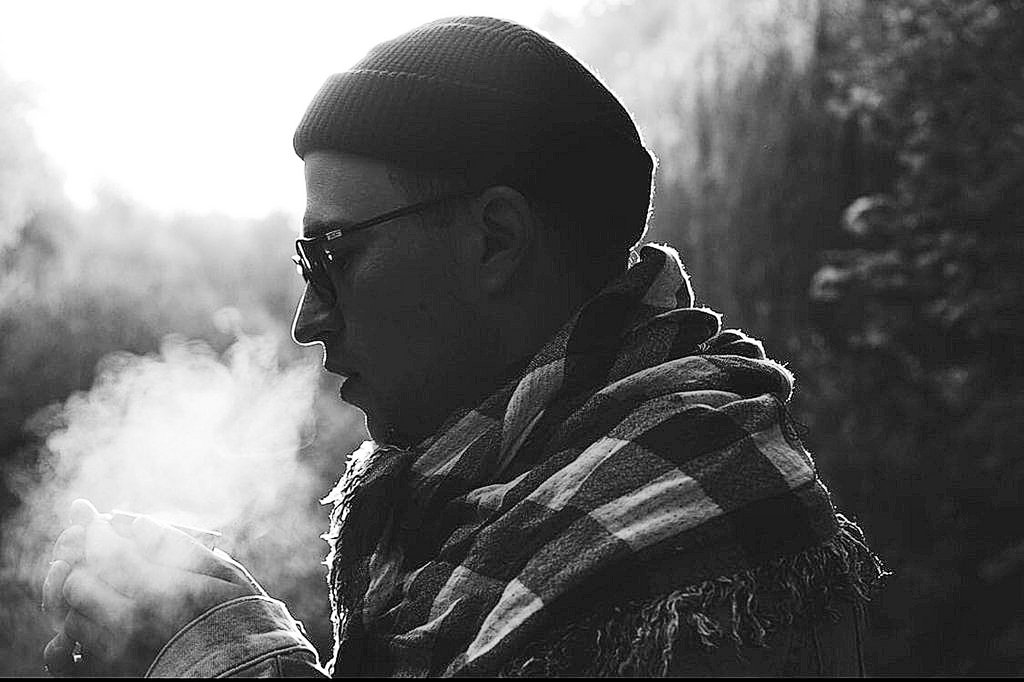 Toki Fuko is a producer/liveact located in Russia. His debut “Strontium” (from 2016) is still one of my favorite releases on Affin. Some weeks before the follow-up “Floating” i thought it’s on time to introduce him here …

J: From the moment of listening to your first demo (in 2015) i was impressed by the depth and quality of your tracks. With “Floating” we’ll soon release the follow-up of “Strontium”. Can you explain a bit the way how you’re working on tracks?

T: It’s like being “sound process explorer”. Small industrial town environment gets into my production and feeds ideas. Can’t say that there is a well-defined process, it’s an experiment instead. To me solid track is something that sets you up for travelling without moving. To get there I start with lead sound design and play with rhythm variations. As soon as loop that can hold my attention’s done I add instruments increasing hypnotism and overall depth. I don’t find it inspiring to program music lately. I like it more when instrument lives on its own and I would just guide it; thus, all tracks are recorded live. Thanks to all the hardware that flooded my studio I can explore processes with no limit.

J: You’re working a lot with modular stuff. How is it connected to your DAW?

T: I got into modular about a year ago, can’t say that I was using it extensively. Most of my gear pieces are vintage Roland and Korg synths from 80s, so I had to sell 909 to expand studio. Where I like modular most is its way to respond to unusual approach. Upcoming Affin release “Floating” was written solely on eurorack. Leads of all tracks were recorded with Plonk module. I just thought: “interesting, what would it be if I sent VCO sine into Plonk pitch CV?”. Sound got thick and resonating and I liked the result. My production benefits from both hardware and Ableton post-processing. A&H GL2400 mixer and Motu 2x24io audio interface are there to integrate external gear with my workflow. To sync DAW with hardware I use Motu MIDI Express 128, Doepfer MSY2, Kenton Pro Solo MKII. All external instruments and effects are connected via patchbay.

J: You’re playing also live, how do you manage to translate your studio setup to your liveacts?

T: My first live was in Gazgolder in 2016. At that time I had no idea how my live should look like. Working in the room I got used to bringing a lot of gear into process, but I couldn’t take the whole studio out for live. So I tried to pick hardware I use most and started to fiddle around. It resulted in taking almost entire studio to Moscow whatsoever. A few synths, drum machines and bunch of effects. All of it was connected to GL2400 which I couldn’t leave behind, and controlled from Ableton. Switching scenes in Ableton I set instrument’s rhythm, I just had to play with source sound. It took some time to simplify live setup. It was also a challenge to alter values for 16 channels simultaneously. For now I’m trying not to overcomplicate things, and recent lives have been done with couple effects, A&H Xone 4D mixer and Ableton.

T: I’m likely to spend time home with family or go out into the wild either fishing or taking a nice walk through the forest, travelling or going out with friends. Just mixing it. I also have a job since production does not provide substantial funding. I feel new acquaintances widen perception and directly affect my approach to production. During last 5 years I met some folks that are now part of many joint projects like “Suburban Signals” movie (https://vimeo.com/131556262) which shows ambience of industrial site and its natural surroundings via light installation and techno. I got an offer to write soundtrack for it which was out of my experience, but it worked out. The same happened with AltSpace when I had to come up with something fine for ABB Formula E videos. We have a habit of getting out of town once a year with friends and stay in the forest down by the fast river that flows in a canyon left from glacier time ago. We set up a camp, unpack hardware and record live multiple days in a row to release album. Inspiration comes from nature’s beauty and people. It’s called Troekurovo recordings.

J: What’s inspiring you to do music?

T: They all are basic things. I get out for long sessions of carp fishing or into the waterways I’ve never been. Practicing fluid art was of some interest to me recently. It’s also fine to go out when some exhibitions or music events happen. The way I approach production’s to some extent affected by tracks I hear here and there.